The fragrance of the traditional Kobe food “KUGINI” floating from a kitchen announces spring in Kobe. For just the limited period of from 6:10 to 10 AM in late February through March, young sand eels of at least 3 centimeters in length are caught. This is such an indispensable regional springtime dish in Kobe that lines are even formed in supermarkets by those seeking fresh-from-the seaport sand eels. KOBE FISH (sand eel) grown in the swift currents of the Akashi Straits have firm flesh and, when boiled, are exquisite to sink one’s teeth into. Another fruit of the sea from the Akashi Straits is Suma seaweed. Its cultivation began in 1961, and nowadays it is chosen as specialty seaweed by fine Japanese-style restaurants in Tokyo, Kyoto, etc. for its high-quality stemming from its deep hues, shiny black luster and delicacy.

Methods of Fishing and Cultivation KOBE FISH (sand eel) fishing begins in accordance with the date the ban is lifted, as determined annually based on the state of growth surveyed by the Hyogo Prefecture Fishery Technology Center. Once the ban is lifted, fishermen study the currents where sand eels are and pursue schools of them, riding on the western wind. A distinct feature of Suma seaweed is its method of cultivation called “ukinagashi gyoho,” which entails floating buoys in deep sea waters and setting nets to raise seaweed spores. Because the period in which the seaweed is immersed in the sea is longer than for the method setting up fulcrums in shallow water, it is able to absorb plenty of nutrients from the sea.

“KUGINI” (literally “boiled nails”) is one of the traditional side dishes in Kobe, which is prepared by boiling sand eels with soy sauce, sugar and ginger in a large pot. KUGINI has been made by fishermen from long ago as a preservative dish; a custom also exists of sending it to relatives who live faraway. Following the Great Hanshin-Awaji Earthquake of 1995, it was sent from Kobe to those who had offered support from all over Japan, which made its name known throughout the nation. 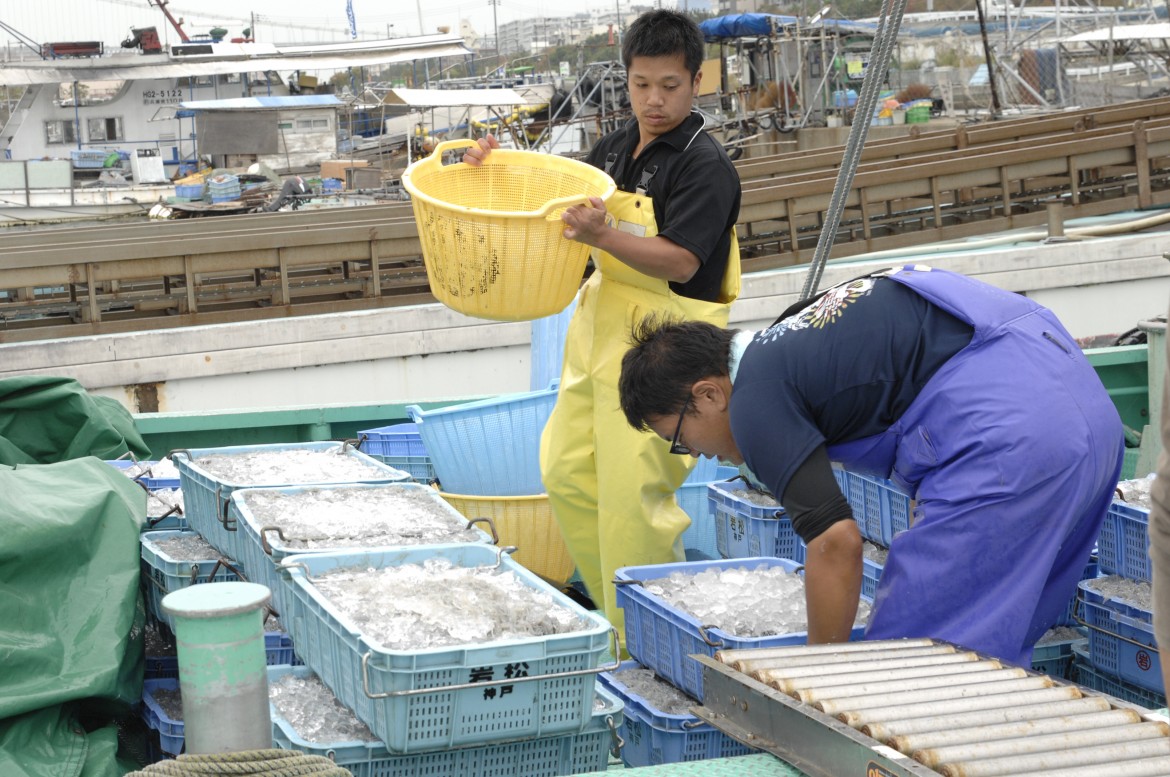 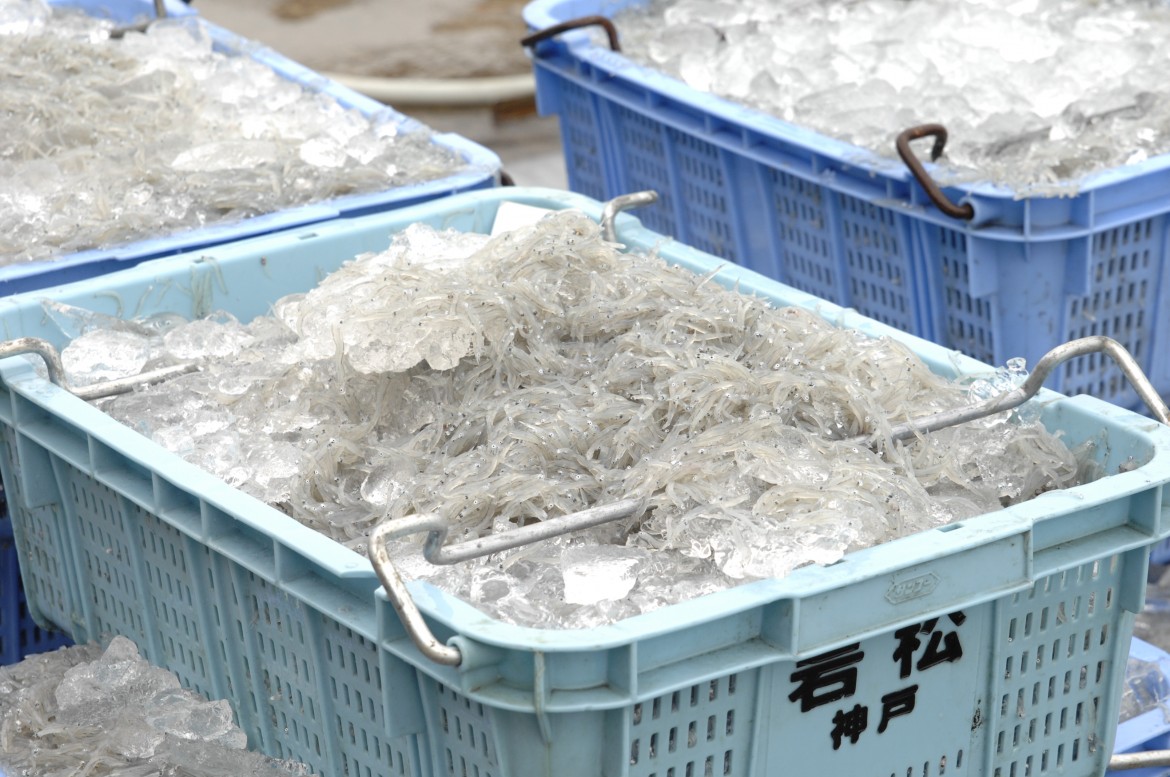 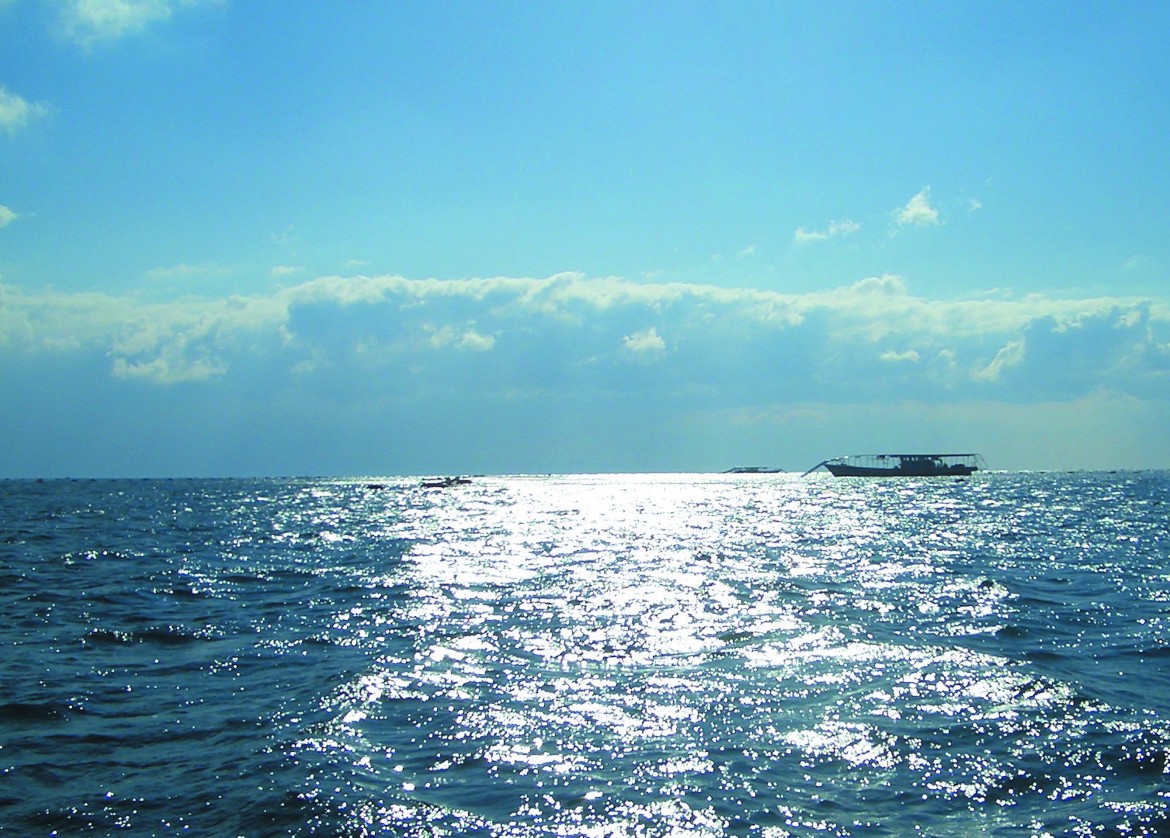